Maison Martin Margiela and the fine art of tattoos.

Fashion is non-committal. Trends expire quicker than leftover milk and no sooner than the catwalk lights are dimmed the colours of the “new” must haves are already a little faded. Getting emotionally attached to one garment is a definite no no, unless of course it is one of those coveted “basics” or a “staple” piece as some call it.
Tattoos, on the other hand, are not for the indecisive nor for the faint hearted. Referred to as body art by some,while for others they are the stain of a carefree youth, either way the tattoo is forever.
Well not really forever, since of course there are many procedures to remove the tattoo, but lets be honest, you don’t go and get a tattoo on the principle that you can get it removed, like that of marriage, I don’t suppose you get married with the idea “hey if this doesn’t work out, there is always divorce!”
Therefore the idea of the tattoo is intriguing to the fashion world, inspirational even! Fashion editorial shoots use the tattoo as a symbol of strength and edginess, with models emulating rock chicks and biker babes. Rarely is the the tattoo perceived as delicate or feminine.
Maison Martin Margiela recently crafted a cut out tattoo top for their Spring 2014 couture show. Couture normally conjures up the idea of elegance and all that is refined, so it is interesting that he went for tattoos, which are normally associated with the stereotypes of rock bands and Hell’s Angels.
However to me this top was a piece of wearable art, taking me back to the idea of the tattoo being an art form. I don’t have any tattoos and although I find other people’s interesting to look at and I am always curious to ask the motive behind them, I haven’t found the right tat to commit to and I am not sure if I will be ever inspired enough to commit to forever. However I would commit to this Margiela top, but not with the intention of having a pretend tattoo, but because it is a beautiful art piece. To me, it seems the designers at Margiela, were not inspired by the tattoo and it’s stereotypes, but by the perception of tattooing as a fine art which corresponds with the fine art of couture making. It is refreshing to see this ancient practise in a new light, instead of the commonplace misconceptions of it been taboo or even trashy.
What are your thoughts on the tattoo?

View all posts by dtaheny

8 thoughts on “Maison Martin Margiela and the fine art of tattoos.”

Blast from the past 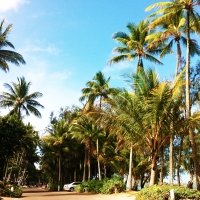 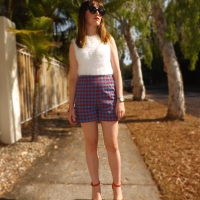